The History Of High House

Known archaeological evidence was unearthed when construction work started on the site next to High House, where the Royal Opera House have built their scene making complex. It was here that of county and importance was literally from the ground. Several Romano-British burials were found, dating back nearly 1700 years to the cusp of when the Roman Empire left Britain to defend Rome itself. Finds of this magnitude and importance are not too often rediscovered, so this has created a great deal of excitement and clearly fires our imaginations as to what the people of the area and these burials were actually like.

Written and recorded history of High House itself starts in 1552 when Cecily Long started to build the house out of timber to equally divide the Manor of West Thurrock between her two daughters. The manor itself stretched from beyond the later built Mardyke canal in the north to the Thames river edge in the south, and from the Grays town border in the east to the Purfleet marshes in the west. One of the daughters lived in Stone House and the other lived in the newly built High House, though the house was not originally called this.

The farm and house have been known under various names during its past; Little Place, the Vineyard, West Hall, and . The farm gained the name Little Place because it was built to treat two daughters equally when the Manor of West Thurrock was split, leaving the farmstead as the ‘Little Place’ compared to the first manor that stood in West Thurrock called Stone House. Its romantic name, the Vineyards, was known because of vines having been grown on sloping in ancient times, with it being called West Hall because the farm was west of the manorial church, St Clements, and west of Grays, Orsett, and Tilbury. A well known local family was the inspiration for the name , with the name High House coming from its position ‘High’ on a hill overlooking the Thames.

Over time different people inherited parts of the manor, which left the land in the hands of many separate owners, with tenant farmers growing crops or grazing livestock on the land. A new and wealthy family acquired the house in the 1600’s and rebuilt it in brick, also adding many features which accompanied the social standing of the family. But, once again, the property fell out of one person’s possession into being a tenant farm. The sale and division of the house’s land continued up until the ownership of the Grantham family in the 1700’s, who were a successful sailing family of captains with the East India Company. With the incredible wealth of their affiliation with the East India Company came its reinvestment into High House, making it a fine and luxurious building. 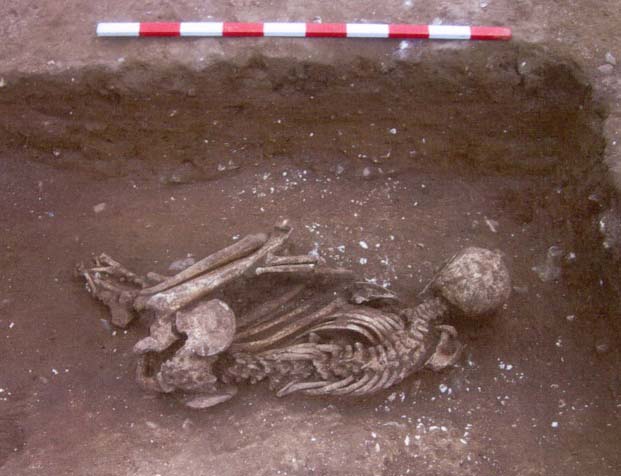 He used his wealth from his thriving brewery business, which is still running today, to build up the manor and its influence, with ferries over the Thames to Kent, a vast number of wharfs and quays which he used to ship the huge amounts of lime that his companies and quarries mined from the chalk cliffs of Purfleet. It was Whitbread’s chalk and lime industry that so radically changed the contours and geographics of Purfleet, making whole hills and cliffs simply a chapter in history. 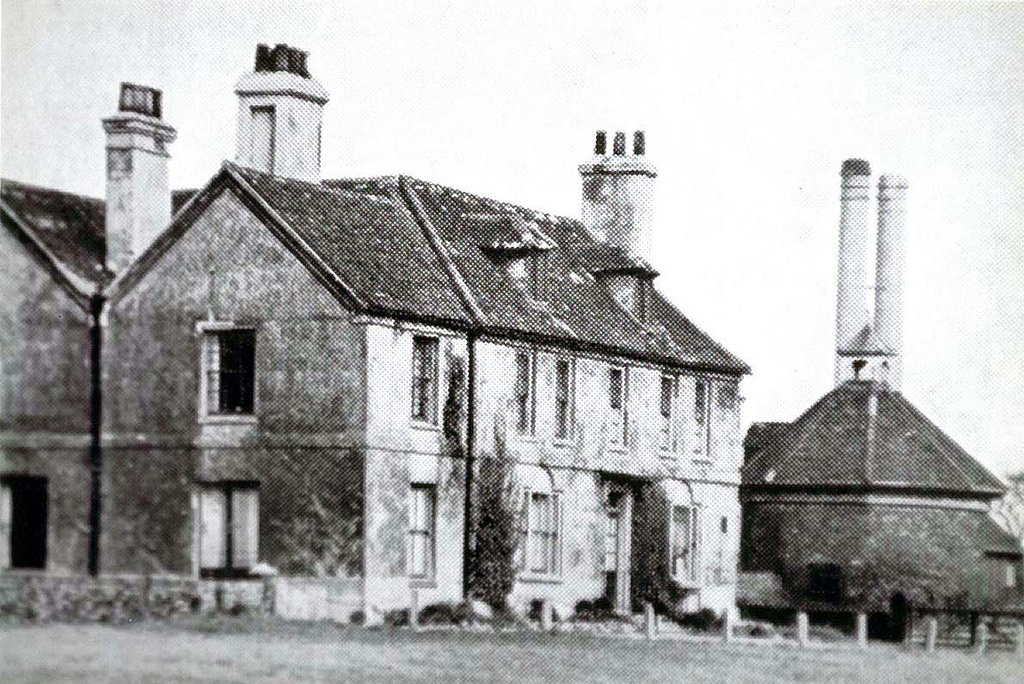 The End of an Era

Subsequent events conspired to bring to an end the working life of High House. Firstly, the agriculture depression of the late 1800’s drastically cut the size and scale of farming on the site, and with the quarrying industry growing the farm’s lands were literally be dug away. Eventually its fate was sealed when the Purfleet bypass cut the farm off from its fields, making it practically impossible for High House to function as originally intended; as a working farm, producing marrows, onions, and pumpkins, with the last crop apparently being used to feed race horses.

New life and alternative uses were tried for High House’s survival, including a private school in the 1930’s, possibly carrying the name of ‘Vellecote School’, after the owner of the farm, Mr Vellecote. Rumours persist of High House being used by the military in the Second World War, but there is no documented proof to back this up. Eventually the house was converted into flats in the 1960’s, after which the farm laid empty and unused.

… until several like minded people from the area came together to form the High House Community Group.

The main problems sprung from the fact that the land High House sat on had 3 different owners, and under 2 different authorities control. These facts held up the progress of High House until a well-timed accident happened. 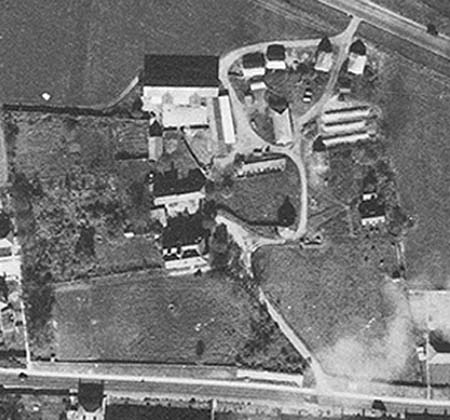 The excitement of winning the 2012 Olympics for London was a tremendous boost for the capital and country, but the Royal Opera House’s scene-making facility in Stratford was an unsuspecting casualty of the Olympic Village. With the Royal Opera House looking for a new home for its stage crafts; they were shown High House and instantly fell in love with it.

They have built their scene making workshops, which produce backdrops and scenery for ballets and operas, next to High House, using the historic property itself as an outreach project to the community. 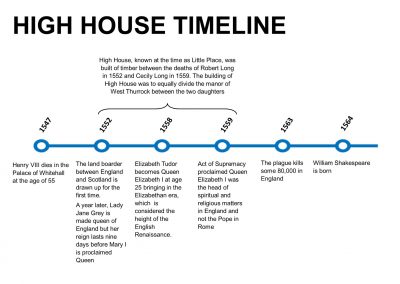 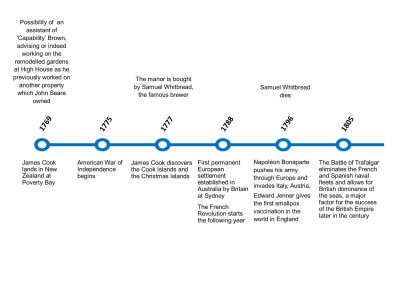 Find Out More About High House

High House underwent several monumental restorations to its buildings and its grounds, ushering in a new age for the historic site. High House has turned from a piece of forgotten history into a centre of excellence for the performing arts and one of Thurrock’s most memorable landmarks.

Read More About The Renovation...

As it stands today, High House is a nationally renowned hub for the creative arts.

How You Can Help

High House would be a shell without the fabulous support that the project has enjoyed from the local community. To make this project grow and to keep this centre of excellence a local, regional and national achivement, we need your help.

Get involved and start your journey of discovery at High House.

Read More About How You Can Help...

Send Us A Message

Keep Up To Date with High House Community Group 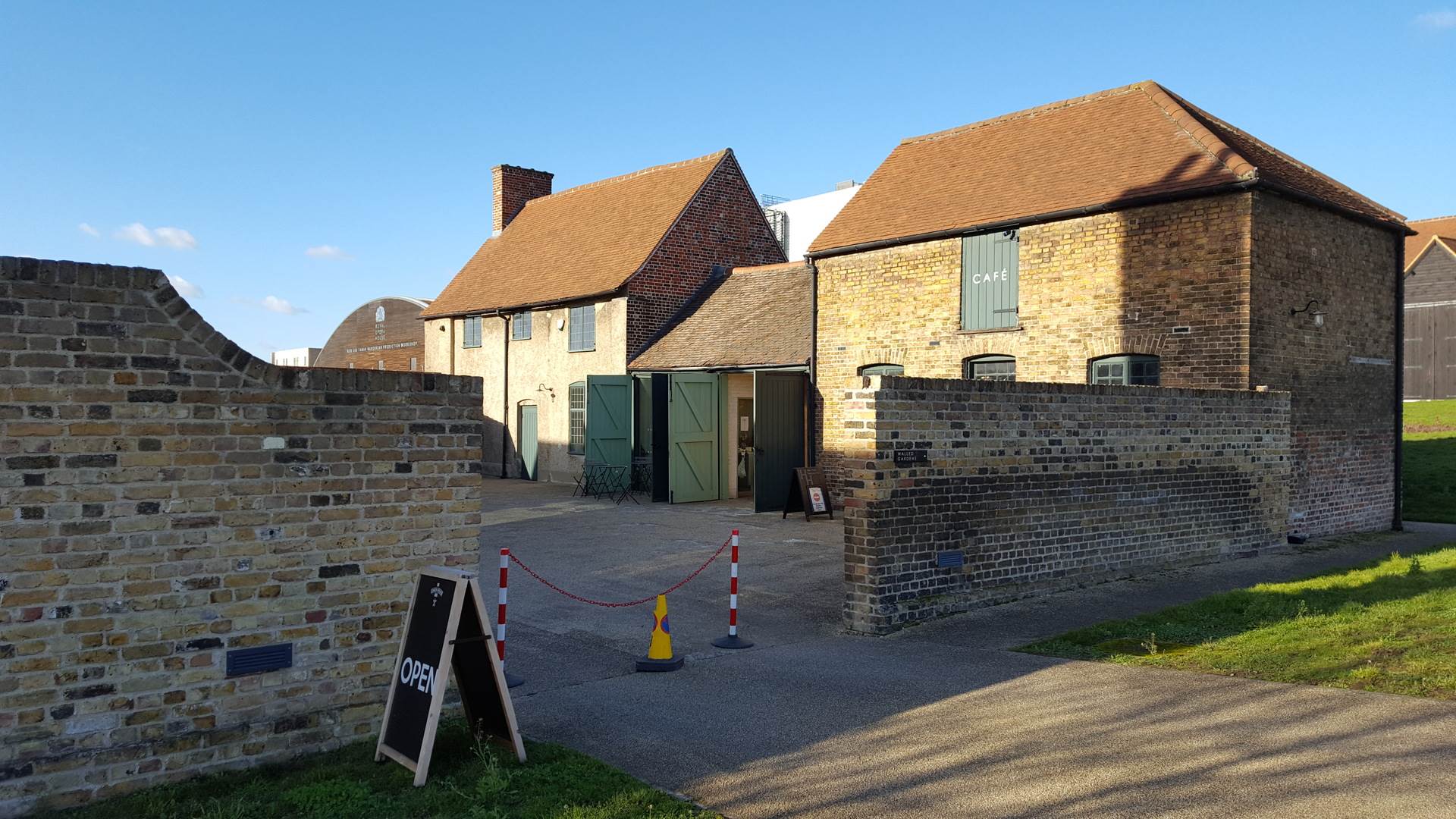 We'll keep you up-to-date with the news and events planned by the High House Community Group.

You can unsubscribe at any time using a link at the bottom of each email.

Thanks for signing up!

We use essential and non-essential cookies to ensure that we give you the best experience on our website. Are you happy to accept all cookies?Ok